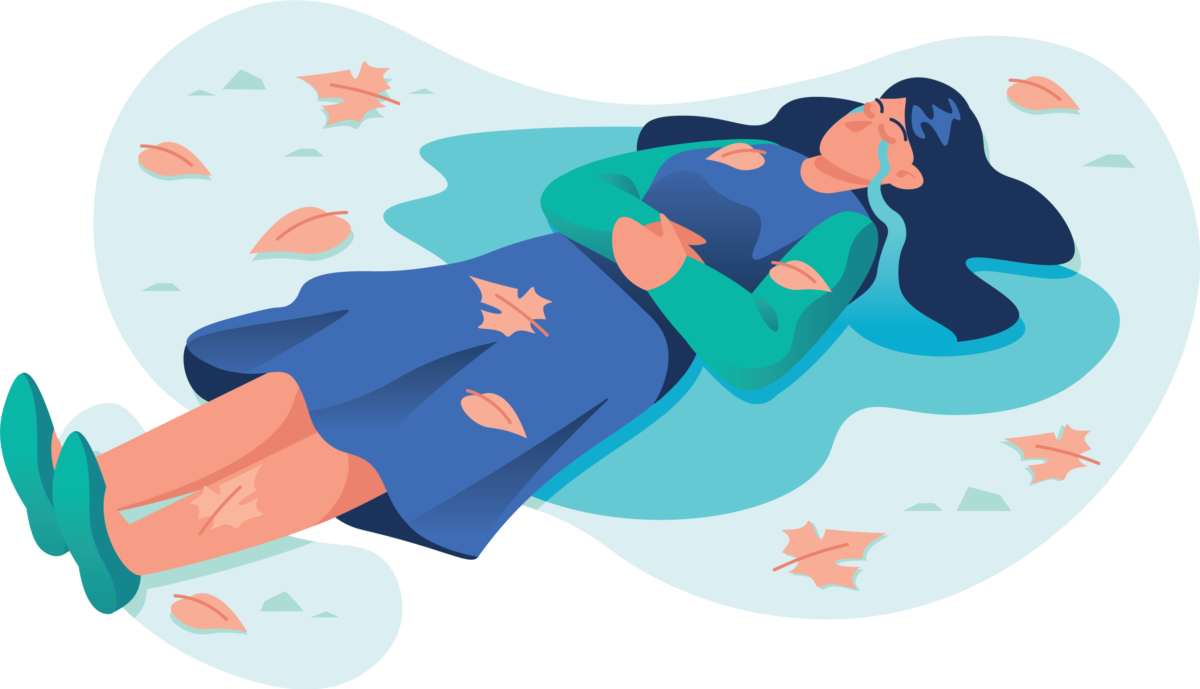 A few years back I was diagnosed with a serious mental illness. I couldn’t metabolise the first medication I tried and its toxicity caused a mild brain injury. I was half-way through a PhD and I should have taken a leave of absence, but I kept going, even though I was not getting much work done. Instead, for about 12 months, I was just getting through the days, waiting for change and unable to get much done. I’m seeing my friends in Melbourne suffering from something similar as the outbreak and lockdown grind slowly onwards. Our federal Deputy CMO was asked this week for tips on maintaining mental health during the crisis, and, caught on the hop, he recommended making the bed every morning. I wanted to share some notes from my own experience and an engaged Buddhist perspective on coping when a painful situation does not let up.

I am not going to recommend mindfulness. Under those conditions, if you can concentrate at all, mindfulness meditation is just going to make you vividly aware of how terrible it feels in your body right now. Instead, I suggest the heart practices, including metta meditation. Now, metta gets a bad rap. The translation of metta as ‘lovingkindness’ makes it sound like New Age positive thinking. People misunderstand it as sending out good vibes to all living beings, rather than finding inner warmth. The commonly-used guided meditation starts with finding warmth towards yourself, which is, for me, the hardest thing of all. So this is an awkward recommendation to begin with, but this practice will make you feel better. Start with Tara Brach here.

Next up: self-compassion, but make it practical. This thing is not only disrupting your life, it’s disrupting the coping strategies you normally use as well. For me, I’d normally watch intense long-form dramas to distract myself, but in 2017, I was struggling to follow the plot. I discovered it’s easy to get even more distressed, feeling like now you’re failing at coping. I had to change it up, watching comedy series with short episodes that I would never normally be into. I had to grieve the loss of rituals that normally brought me peace, like baking and cooking. Until I did that, I’d buy heaps of groceries, let them rot in the fridge and feel guilty about it. It took some work before I could let myself order frozen meals for delivery, even though I knew this was more practical than UberEats. Self-compassion isn’t letting yourself go because life is hard; it’s letting yourself feel what you’re feeling and keep going.

Speaking of the body… it needs movement. I learned to do as much as I could do. Some days that’s a walk around the block. Some days I made it to the gym, and I thought about what I did there in terms of stretching out and limbering up, rather than burning and building (metaphors…). Getting sun and air on your face, oxygen deep in your lungs, getting a little flush on, getting rained on — they’re all ways of bringing you out of rumination and back into your body in the present moment. There’s a podcast called The New Psychology of Depression by Mark Penman and Danny Williams, arguing rumination is obsessive, discrepancy-focused thinking, often stuck in the past or worrying about what might happen. Trigger warning: their solution is mindfulness meditation. But the concentration practices are not the only way of getting out of your head and back into the present.

Lastly, make appointments earlier than you think you’ll need them. Make a regular appointment and keep it. There is no virtue in pushing on through the pain. Waiting until you’re really in trouble can complicate your condition and make recovery much harder. (I know this first-hand.) If you have reservations about diagnosis and medication, that’s understandable. As anyone in the mental health community can tell you, people can get stuck in (or on) these things. If your GP listens to your experience and suggests there’s some depression, it can be helpful to take a short emotional holiday with a ‘beginner SSRI’ such as Lexapro, which is known for numbing people out a little. Emphasis on short: months not years. The goal as I see it isn’t ‘treating a disorder’ — there is nothing disordered about feeling depression under these circumstances — so much as giving you a circuit-breaker on painful and ingrained patterns of thinking/feeling.

Heads up: when you start an anti-depressant, particularly an SSRI, there’s a small but well-known risk of tipping into agitated distress that is a known risk factor for suicide. If this happens, you go to A&E immediately for a Valium and stop taking the medication. I would always recommend telling someone who knows you well that you’re starting new meds so they can check in on you occasionally. I owe my ‘Aunties’ Zoe and Sam huge love for doing this for me, when I was titrating slowwwly up to an effective dose of the anti-depressant that is the backbone of my medication combination.

In my last post I wrote about how we define disability. I copped some flak for my suggestion that people with disability can make coalitions with people who are disabled by other forms of social discrimination, particularly racism and queerphobia. One guy huffed that abled people can’t possibly understand, but if that’s the case, I wonder, why are we constantly telling them our stories? My sense is that many people under lockdown in Melbourne are experiencing a depression familiar to many people with disability, realising either that our lives have changed for good, or that we are trapped within society’s expectations of and plans for us. And I’m offering these suggestions as a form of encouragement. Not all problems are fixable, but if we are lucky, we live through until our possibilities open up again.

One thought on “Coping without change”